Talking to Leah Nanako Winkler: A Cultural Democracy in the Performing Arts Interview

The Brooklyn Commune’s Cultural Democracy and Representation Team, led by Kyoung H. Park, has designed an artist survey to invite artists to share their experiences working in the field in order to open up public discussions regarding diversity and inclusion in the performing arts. Over the course of the next few months, we will highlight interviews with artists who are in conversation with the Brooklyn Commune’s Cultural Democracy and Representation Team, and we invite members of our community to help us gather more information by completing our survey here. Our team will synthesize our findings and share these interviews and our findings online. 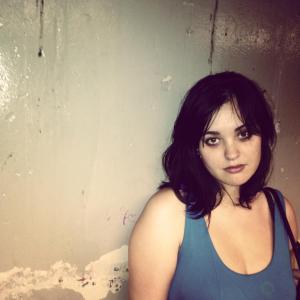 1-    How do you identify yourself? How does your identity influence or inform your work?

I identify myself as a biracial female playwright who grew up in both Kamakura Japan and Lexington, Kentucky. At this point I am a writer that is often self-referential (I write what I know), so of course, my identity informs my work in a huge way. I write for diverse casts, often feature strong, female characters, the working class and tend to be interested in ambitious themes like race, mental illness, poverty, abuse cycles, the intersection of cultures and love through a perspective that is often informed by my experiences. I also naturally make plays that work in-between and against narratives in order to find some sort of truth, and I think this has something to do with the fact that my entire existence is made up by two cultures that contradict each other.  There can also be lot of sad hilarity and anger in my work – which admittedly reflects my own internal struggle about what the identity of a modern minority woman with little means exactly is.

2. Do you face challenges in the field based on the way you identify yourself?

I think pursuing this art form is extremely difficult for everyone and choosing this path is a brave yet pretty irresponsible life decision-which is precisely the reason why there are so many colorful, interesting, lovely people in the NYC theater community. However, if your identity is a little different from the typical upper-middle class white college grad who claims to be middle-class but actually comes from more money than you can imagine, things can get pretty challenging both socially and professionally, especially if you point it out through your art or in casual conversation. Kyoung said that one of the reasons you guys started this project is because of an infamous conversation Andy and I had last year on Facebook about these very issues wherein he ranted against millennial artists, specifically from lower economic backgrounds to “stop blaming the white man for bad reviews” and criticized one of my theater company’s shows that he didn’t even see which was a satire about these very issues.  I’m still pretty traumatized by that whole experience because so many artists were quick to defend or deny that privilege (which was telling) and sort of went out of their way to insult or disregard what I was saying as immature or “not great” presumably because there is no social consequence for insulting a female minority artist who is young and has no economic or professional influence (yet!) I was able to, through the support of Caleb Hammons and his fellow curators, give a Manifesto at Prelude 2012 because of that thread though, which you can listen to here if you are interested.

3. Are there moments in which your cultural identity [community] is misrepresented or underrepresented, and how do you address this?

Yes on both. I think the best way to address under representation is to represent yourself unceasingly by creating work that reflects your particular truth as if your life depended on it.  In terms of misrepresentation, I’m still learning. If your culture is misrepresented, you have the choice to speak out against it, or to stay silent. There are consequences to both. I personally feel like the more I have spoken out against it, the more defeated I feel because a lot of theater people are more conservative than you might think, and perpetrators are usually quick defend themselves instead of trying to learn a different perspective. At the same time though, I do think it’s important to let the culprit know what they did, even if it’s scary to speak out, because if not you, then who? I know I’m still learning….

4.  Have you been a working artist in another culture [community]? Has this experience exposed something about current practices that we can learn from?

The NYC theater community has so many compartments. We can all learn from each other.

5. Have you worked in other cities/regions and can you tell us about the reception of your work there in comparison to NYC?

I have presented work in the Midwest and Southern Florida and people were way more freaked out by my work there than here, but appreciative and open.

6. Describe an ideal situation in which your work is presented. Is there anything you’d like your audience to know about you before viewing your work?

Good question! An ideal situation I think would be having a diverse cast, $15 tickets, a good space, a bar nearby, good people and collaborators who are artistically fulfilled! It’s also a dream if artists get paid for their time. And in terms of audience- I’m just glad when people come see my stuff!

Leah Nanako Winkler is a half Japanese playwright who grew up between Kamakura and Lexington, Kentucky. Her plays include THE INTERNET (Incubator Arts Project), DEATH FOR SYDNEY BLACK (Thinking Cap Theater, Terra Nova Collective), HAPPY DANCE DANCE PRINCESS SHOW!!!!! (The Brick), DIVERSITY AWARENESS PICNIC (developed at Ensemble Studio Theatre, Bushwick Starr and Playwrights Horizons), COPE, as well as a collection of short plays called NAGORIYUKI & Other Short Plays (coming in August 2013 with a launch party at Dixon Place on August 14 @ 7:30. Come!) With playwright Teddy Nicholas, she co-wrote Everywhere Theatre Group’s Flying Snakes in 3-D!!! which enjoyed performances in 2011-2012 at Ars Nova, The Brick Theater and The Ice Factory at the New Ohio Theatre. Her work has also been seen at places like the Ontological Hysteric Theater where she was a short form resident from 2008-2009, Center Stage, MagicFutureBox (where she had featured writing in Tommy Smith’s Forth) ,HERE Arts Center , the Kraine Theater, 3LD Technology Center , Dixon Place, the  Prelude Festival,Culture Project, Acorn Theater  on Theater Row, and venues in  Washington, DC, Florida and Indianapolis. Her plays have additionally been developed at Cherry Lane, New Georges, The Flea Theater, IRT Theatre, New York Theatre Workshop and Society Hill Playhouse in Philly. She is a founding member of Everywhere Theatre Group, a current member of Youngblood , an alumnus of Terra Nova Collective’s Groundbreakers Playwright Group, an affiliated artist at New Georges and a 2013 Playwright in Residence with the New Group/Urban Arts Initiative. She was a 2013 finalist for the Lila Acheson Wallace American Playwrights Fellowship at the Juilliard School, a 2008/2009 recipient of an A/P/A commission for the Discover Nikkei initiative, and one of her essays on Hapa identity was recently a part of the exhibition, Visible & Invisible at the Japanese American National Museum.  She also writes television pilots and tweets. @leahnanako

One thought on “Talking to Leah Nanako Winkler: A Cultural Democracy in the Performing Arts Interview”