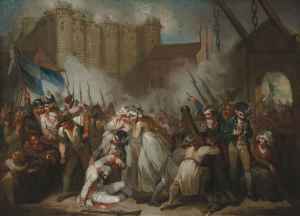 With all this hard work & learning we’ve been doing, we thought it might be nice to have some good old American summer fun with a Brooklyn Commune Bastille Day ShareBQ! Come enjoy some drinking, dancing (maybe), eating and socializing to celebrate summer and meet some friends old & new.

This is a very improvisatory, collaboratively created experience, we’ll bring some stuff to get things started, you bring more stuff to share – food, drink, ideas, literature, performances , etc. or volunteer to help set up or break down.  Use the RSVP form below to tell us what you’re going to share so we can plan a bit ahead.

We’re thinking that any kind of presentations, performances & knowledge/skill-shares will happen in the 3PM-5PM time zone. There will be a stage but no amplified sound because we’re good neighbors!

What is a ShareBQ, you ask?

A ShareBQ is a reinvention of a good old American quasi-socialist tradition dating back to the early pioneer days when the French and the Puritans shared a communal meal with the Native Americans in Hackensack, NJ. First called the potlatch, later pot luck, combining the French word “pot” (meaning casserole) with the English word “luck” meaning, um, luck, the name for this event has changed over the years, but the spirit remains the same.

In the early Colonial days neighbors would come from miles around to share their harvest and dance, sing and drink. Over time and through changing fashions this became known as a barbecue, either from the French word barbe, for beard, based on the frontier tradition of drunken beard-knot wrestling matches amongst beaver pelt traders or perhaps from the Spanish word barbacoa meaning “raised frame of sticks”. Either way, the Native Americans got screwed.

In 1839 the French Socialist Louis Blanc coined the phrase “From each according to his ability, to each according to his need” which later got popularized by (and attributed to) Karl Marx. Inspired by this phrase and in honor of her new home in the Land of The Free, legendary Anarchist Emma Goldman first merged the traditional barbecue with anarcho-socialist ideals on the streets of the Good Ol’ LES with the first – and only – Worker’s Global Sbor fur Fressen Und Frieden. Like the legendary Christmas Truce of WWI, this was a rare and magic moment where members of all factions, classes, ethnicities and origins ceased their hostilities to join together and momentarily create the world as it might be. But like all Temporary Autonomous Zones it was ephemeral and could not last, and like all things ephemeral can be resurrected through re-performance.

So this summer The Brooklyn Commune celebrates Bastille Day and the values of community, reciprocity & generosity with the first-ever Bastille Day ShareBQ. What is your ability, what is your need? Bring a skill, a song, a dance some food, drink or dessert. Kick some knowledge to the crowd or just donate some capital to the cause. But whatever you do, please join Culturebot & The Invisible Dog & all your Brooklyn Commune Comrades on July 14, 2013 from 2PM to sundown (or thereabouts) in ID’s garden located at 51 Bergen St. Brooklyn, NY 11201. We hope you’ll join us!

Please RSVP using the form below and let us know what you will be sharing:

Andy Horwitz is a writer and cultural producer
View all posts by Andy Horwitz »
« Amy Whitaker talks about “The Letter and the Envelope”
Labor, Value, and the Path Forward »